Last week I attended a board meeting where we had the opportunity to tour the Port of Long Beach. Midway through the tour I told the representative from the Port that it looked like a ghost town.

His response? “It’s the coronavirus.” There was only one ship being worked. According to the representative, there should have been 16 to 20 ships. He said the same thing is happening at the Port of LA. Combined, these two ports handle about 42% of the containers that come in to the United States (approximately 15.6 million containers annually).

They say a picture is worth a thousand words. Here is what it looked like. 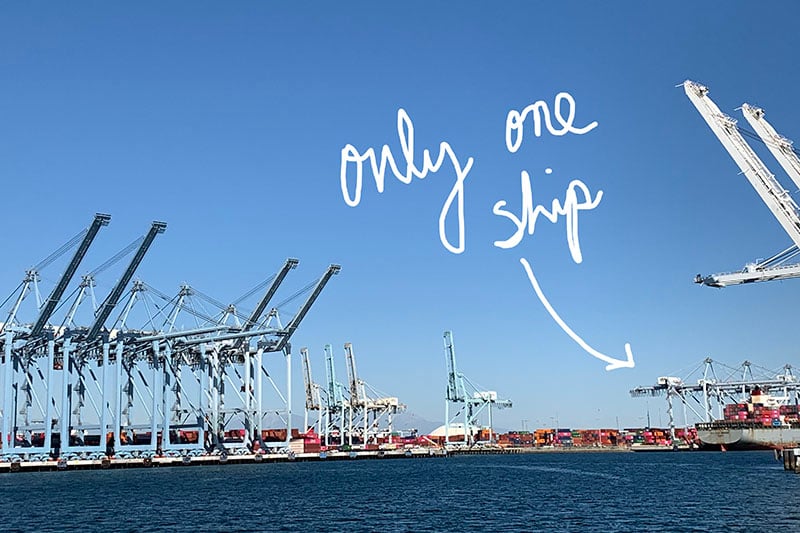 When I saw only one ship being worked at the Port of Long Beach—which is usually packed—it really hit home: The coronavirus is having a real impact on the supply chain here and abroad.

To put the scope of this in perspective, ocean containers from Wuhan, China to the United States represent $15 million in merchandise weekly.

One logistics executive I talked to said they’re seeing a diversion of freight from ocean to air charters, a costly way to move goods.

A lesson for shippers in this is that staging all or most your production in one area could be risky. Analysts are expecting Apple, which relies heavily upon China, to ship 5% to 10% fewer iPhones due to factory shutdowns. Hyundai Motor Co. and Ericsson AB have also suspended production in China. Others are simply expecting a slowdown in imports.

Even if your company doesn't interact directly with China, it could be impacted if this leads to carrier closings. In an American Shipper article, Jeff Tucker, CEO of Tucker Company Worldwide shared: “If the virus, or any other significant headwinds hit trucking for much longer, I believe we will see a culling of the nation’s fleet. Carriers and drivers will be forced to leave the industry. Market forces don’t spare anyone, and don’t care how large your top line is.”

We hope for the sake of the shipping community as well as those affected in other ways that this will come to an end soon. We'll have more updates as we learn more and keep you posted.