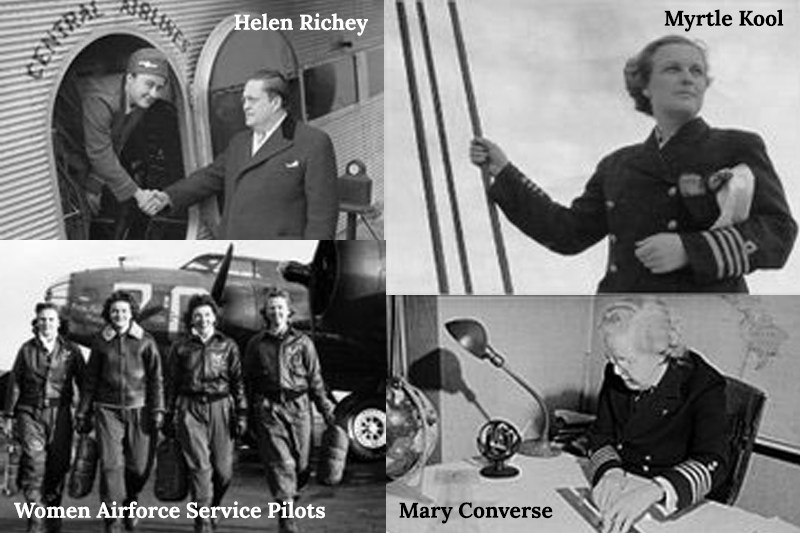 History is in the making, as well as in the past. For Women’s History Month we’re highlighting a few inspiring historical women in logistics as well as opportunities for women to get involved and connect.

The logistics industry is a vast and growing space. According to the United States Department of Labor, over 6 million people are working in transportation and warehousing. One of the most common careers is driving a truck. Since there has been a shortage of drivers, women are needed in this area more than ever.

The history of women driving trucks in the U.S. goes all the way back to World War I. A blog post by Rand McNally highlights that “The first licensed female truck driver in the U.S. was Luella Bates. She was one of the first women hired by the Four Wheel Drive Auto Co. (FWDAC) during World War I.” Since then, many others have joined this occupation and the American Trucking Associations (ATA) recently estimated that women are about 7% of all truck drivers now.

One group that helps women interested in this role and other transportation roles to find connection is Women in Trucking (WIT). This non-profit association aims to encourage employment, address obstacles, and celebrate successes.

Another inspiring woman in logistics is Helen Richey, who in 1934 became the very first female U.S. commercial pilot and worked for Central Airlines, according to the “Women in Transportation History” exhibit by the U.S. Department of Transportation.

Later in 1943, a group of flying units organized by pilots Nancy Love and Jackie Cochran merged into the Women Airforce Service Pilots to support the WWII effort. This group flew more than 60 million miles and had 1,830 volunteers.

For women who are interested in piloting a plane with air cargo or joining in a number of different areas within the logistics field, Women in Aviation and Logistics (WAL) has launched a new mentoring initiative. According to The Loadstar, “Mentors and mentees taking part in the [program] come from different parts of the supply chain, including airlines, forwarders, tech and drone companies, airports and associations.” At the outset they’re pairing 27 leaders with mentees and plan to roll out new waves in the future.

The first female registered as a sea captain or ship master in North America was Myrtle Kool, who broke waves in 1939. A year later in 1940, Mary Converse became the first woman to earn captain’s papers (for yachts of any tonnage) in the U.S. Merchant Marine and became a part of the effort to fight WWII, teaching navigation to Naval Reserve officers.

In the U.S. and around the world there will be many other opportunities to lead the way and make history. The pandemic has caused the role of logistics to rise in prominence, and anyone interested in this field shouldn’t hesitate to reach out and learn more. We applaud those who have gone bravely before us and will cheer for those who make bold strides forward in the future.