Why is there a truck driver shortage in America? 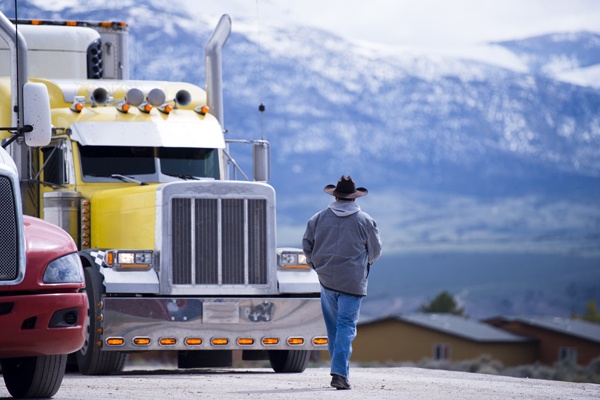 Rates have been skyrocketing in the transportation industry since last summer and bottom lines are now showing the impact. In a MarketWatch article, Tyson “projected a nationwide shortage of trucks and drivers will add $200 million to the meat company's costs this year”. And they’re in good company unfortunately. A few other cases were cited in a Bloomberg article:

One of the main reasons for the higher rates is the driver shortage. While the number of trucker drivers in the United States is at an all-time high of about 1.5 million, this number has been essentially flat since 2015 and it short of what’s needed by about 900,000 drivers.

Here are a couple of the main factors causing this shortage: 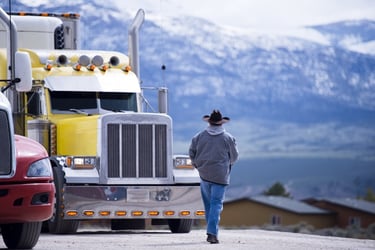 An aging group of truck drivers is partly to blame. The average age is 55 and as drivers retire, replacing these drivers is a challenge.

Economic growth means more options and more demand for jobs that would appeal to truck drivers such as construction or manufacturing jobs.

It’s not very appealing to train for a job that may not exist in the future because of autonomous vehicles. Although the day when autonomous trucks could operate without any driver is likely 20 years out or more, an end to this career is looming and knowing that a machine will replace your role someday makes becoming a truck driver even less appealing.

Derek Leathers, the CEO of trucking company Werner Enterprises, described the challenges of hiring new drivers in his keynote for the National Industrial Transportation League Annual Summit: of the 113K applications they received last year, only 3% were qualified drivers that they could safely put on the road. This challenge has led trucking companies to increase driver pay in order to attract qualified drivers, which in turn means higher rates.

What should shippers expect for the future?

As for the near future, most indicators are pointing to tough conditions continuing throughout the year. As a recent Supply Chain Digest article described, the first few weeks of February can be an indicator of what’s to come since these weeks are usually the low point of demand, and “If it’s tight in February, that’s pretty much a warning sign to really go into corrective mode and be more proactive because it’s going to be a tough spring and summer.” The Market Demand Index showed us that this February had much more demand than usual—about twice that of last year—so we should expect a challenging year for finding capacity ahead.

Longer term, we will see truck orders that were being placed around the beginning of the year being fulfilled in the summer and fall, then may see an easing, depending on which direction the economy and regulatory factors take.

What should shippers do?

In a competitive environment, it’s important for shippers to not only have decent rates, but to ensure that they’re able to keep their products on shelves. A great way to help this cause is to have good carrier relationships.

Here are a few resources where you can learn more about this:

If you’re looking for other resources or have questions, we encourage you to give us a call at 630-833-0890 or send us an email.