Highlights from the Code Red Solutions for Shippers Webinar 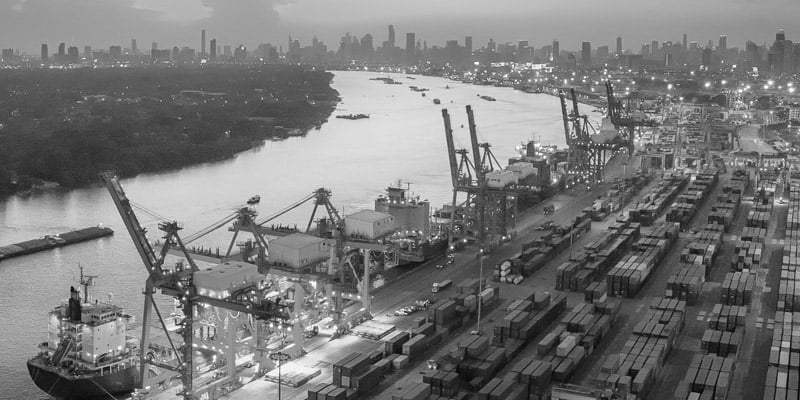 We’ve been riding a rollercoaster of freight trends in 2020 rather than following anything close to a “typical” pattern. To get a better perspective on what's happening in the market now and what shippers can do about it, we held the webinar Code Red Solutions for Shippers. This was the second of our "Code Red" webinar series, which followed up the initial Code Red Freight Forecast webinar.

Here are a few of the highlights.

Avery Vise, VP of Trucking at FTR Intelligence, highlighted how spot rates remain high. Dry van spot loads have leveled off, but aren’t showing any signs of relief yet. 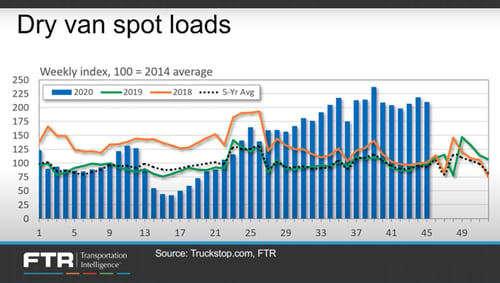 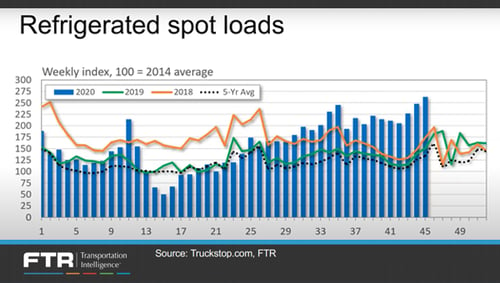 It may come as a relief to anyone concerned about the economy that retail sales are still on the rise. There's been over a 5% increase since February, before the pandemic hit, despite economic uncertainties. As Warren Buffet once said, "Never bet against America." 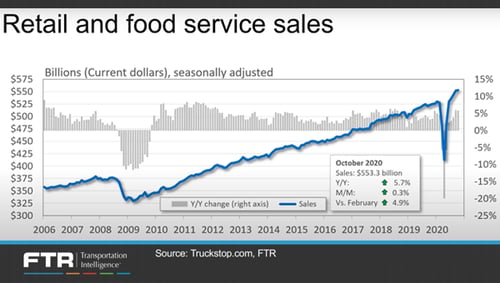 Due to all the demand, for the last two months we’ve been at record lows for the ratio of inventory to sales, indicating that transportation demand will continue to be high for some time as shippers deal with holiday shopping as well as replenishment.

However, when it comes to industrial production, the numbers tell a different story. Right now this metric is down over 6% versus February pre-pandemic levels, but trending upwards. Why the different directions? According to Avery:

“There’s a near-term, long-term issue. We’re seeing COVID cases surge beyond what we ever expected to happen. At the same time we’re having news about vaccines that’s more favorable and perhaps even more near term than we were expecting.”

One take on this is that the climate is favorable enough to keep spending if you’re an American consumer, but still too uncertain to make major investments.

Avery alerted us to a potential X factor in the trucking industry—the surge in new carrier authorities. As he showed us in the following graph, the number of authorities granted each month has grown over time, with a peak happening in August 2018 and then a large surge in July, August, September, and October of 2020. 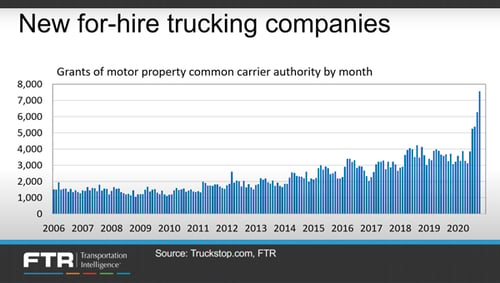 However, Avery mentioned that “This isn’t necessarily new capacity—a lot of these are probably leased owner-operators that are moving over, but it’s an interesting dynamic.”

According to Avery, “We had a couple things going on—we have digital freight matching technology maturing, we have a lot of players in the marketplace pushing it, we have legal issues, especially in California, that are discouraging use of the leased owner-operator model. But I think by and large, we have a spot market that has just gone nuts.”

Add it all up and we’re seeing good reason for more carriers entering the market and it doesn’t seem to be letting up. As Avery mentioned, many of these will likely go out of business, and diesel price increases could be the pressure that causes them to leave the market.

Eric Fuller, the President & CEO of U.S. Xpress, shared how carriers are dealing with inflation, insurance costs, and driver pay increases, but there can be opportunity for improving rates when it comes to velocity:

“A driver has 11 hours on any given day and if you don’t use those hours, you don’t get them back. So the more a shipper can do to help us to speed that velocity up and take advantage of more of those 11 hours, then there’s opportunity from a rate perspective there.”

He also shared that carriers are getting a lot more detailed when it comes to statistics on dwell times and driver conditions. By his estimates, around 2022 you’ll see more of this built into pricing.

One great piece of advice – ask the carriers for any information on how you’re being rated. This will give shippers a chance to discuss and resolve any discrepancies.

How are you Using your Transportation Management System?

One mistake that Geoff Muessig, CMO at Pitt Ohio, noted that shippers often make is to use their TMS in a transactional way, trying to save every quarter. When you take that approach, and only go after the lowest cost shipments, you destroy economies of scale.

“That’s probably the easiest way to get better pricing—consolidate and provide the carrier with 5 to 10 shipments per day at pickup and you’ve now reduced your costs on each shipment to almost on tenth of the pickup costs.”

There’s also an opportunity to use a TMS strategically from a consignee standpoint.

Geoff also encouraged shippers to pay attention to which carriers serve different markets. Oftentimes, shippers perceive that LTL carriers are pretty much the same, and that if they cover the same geography, they’re serving the same market. But that’s not the case. He pointed out that LTL carriers often focus on different types of consignee markets since the delivery requirements are different. For example, Pitt Ohio is a next day carrier that mostly stays away from appointment freight.

When carriers are asked to extend their payment terms, it’s not viewed favorably due to the nature of the market they’re operating within. As Geoff explains:

“I can speak for Pitt Ohio but I would generalize this to the entire LTL industry. I imagine it also applies to truckload. At Pitt Ohio, 80% of the costs that we incur are either incurred on a daily basis—which is the fuel that we buy—or weekly—which is the wages that we pay. A service industry that employs a lot of people has a tremendous need for cash flow [...] a chemical manufacturer that has a 30 million dollar facility that they can write off over the next 30 years, and may have tremendous output of goods but employs relatively few people, well their cash flow needs are going to look very different. And it’s just understanding that service providers need cash coming in quickly because of their demands to pay their vendors and their employees.”

Due to this environment, he cautioned that when the terms are extended, that will be reflected in the rate structure.

Parcel expert Jerry Hempstead reminded us that for the most part, the parcel market is a duopoly and both players are near full capacity. The biggest pinch point for them is the last mile. So what can you do to make your shipments more attractive? He suggested seeing if you can arrange a way to bundle pick up points.

Jerry also cautioned shippers to pay attention to the different surcharges coming up and see which ones can be negotiated with your representative. After all, his first manta is “Everything is negotiable.”

Last but not least, he urged shippers to get the critical data they need about their business to negotiate well:

“The key for the shippers that are listening is in the data. You can get the data from your carriers, they have every iota of information about the history of your shipments for the last couple years, ask them for it and know your business when you enter into negotiations with the carriers. They know more about your business than you do!”

If you’d like to listen to the full webinar, you can find it here.

Stay tuned for our next webinar, which will focus on what’s happening with ocean shipping and advice for how to manage it best.