Insights on Navigating Your Supply Chain in Survival Mode 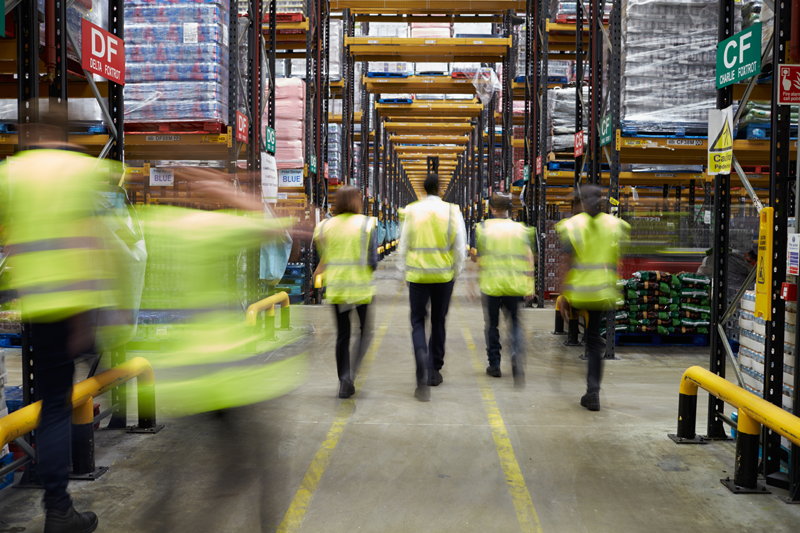 The supply chain keeps getting more challenging to navigate. In the past few years, logistics professionals have dealt with a significant escalation in rates, delays from packed ports, and labor shortages across the industry, amongst other issues.

To help you get a better understanding of the current marketplace and what carriers are seeing from their perspective, we recently held a webinar called Navigating Your Supply Chain in Survival Mode and here are some of the insights that our panel shared.

Jonathan Gold, VP of Supply Chain and Customs Policy at the National Retail Federation, explained just how strong retail growth has been. Retail sales grew 7% in 2020, then 14% in 2021, and he forecasted that we’ll see 6-8% growth for 2022. He noted one driver behind this is that the pandemic caused a trillion dollar swing from services to goods spending.

Along with retail sales growth, there’s also been growth in import volumes.

What should we expect for the outcome of the negotiations concerning the ILWU contract that expires on July 1?

While it’s looking more hopeful that a slowdown or lockdown will be avoided, it’s still anyone’s guess in Gold’s opinion. He cautioned, “When we did this back in 2014, the last round of negotiations, we had slowdowns that impacted the supply chain and it took the administration stepping in and bringing a federal mediator to the table to help the parties. That contract took nine months to finally get resolved.”

The West Coast ports have been getting a lot of attention from the current administration in advance this time around due to recent delays and media coverage, which may contribute to preventing any interruption.

Shelley Simpson, Chief Commercial Officer & EVP of People and HR at J.B. Hunt, explained that there’s been “a lot of dislocation in the market over the last two years” creating volatility in the spot market, but it’s starting to resolve.

As a result, J.B. Hunt and other transportation companies are getting a better understanding of what cost increases to their business are here to stay and which are transitory. Items such as increased wages aren’t expected to decrease while other costs related to relocating assets are expected to subside.

In the near future, they also expect to see shippers shift more focus back to efficiencies, after having been forced to prioritize on-shelf availability.

When carriers show shippers what’s driving their costs it changes the conversation, Simpson shared. Their platform, J.B. Hunt 360, illustrates which shipments are moving in an inefficient way and provides visibility into the factors influencing costs, so that it's transparent to both parties.

For example, there may be opportunities to change appointment times or other aspects of shipments to achieve a mutual cost reduction. She encourages logistics professionals to not engage in a static bid process but instead work together with carriers over a long period of time for cost savings.

Geoff Muessig, EVP & CMO at Pitt Ohio noted that while logistics professionals can’t control events like what happens in China or at the ports, there are ways to reduce costs in the business relationship between a shipper and carrier. Speaking specifically around LTL, he provided six tactical tips shippers could utilize to mitigate or negate a rate increase, or even lower the freight rates over time. One reason for reviewing these practical tips is that both shippers and carriers are experiencing the challenges that have come from turnover and labor shortages. “When you have new people in the building or a lot of turnover in the building, a lot of the basic practices that we come to expect now start to depart, and they inject cost into the carriers’ network.”

One -Labeling and packaging

During the pandemic, Pitt Ohio has seen an increase in the number of double deliveries.

When a shipment is poorly labeled, it can get separated and only part of the shipment will be delivered, or it can get delivered to the wrong terminal. Over time this can drive a significant amount of unnecessary cost into the system. Packaging poorly can also drive up costs.

One thing they audited last year was the number of freight claims. All together Pitt Ohio customers filed around 10,000 freight claims last year and the smallest of these was a mere $3.63. For the LTL market, Muessig suggested a minimum threshold of $200-$250 to eliminate unnecessary costs.

In the LTL world, typically pickups are called in that day or communicated electronically.

When they get directions the day before a shipment, it allows them to plan their day in advance. Even providing information a few hours in advance can make a big difference in reducing their cost to serve a customer, and that’s something they can gain share back.

They also are able to plan better when they receive a digital Bill of Lading (BOL) which is only sent by about 25% of their customers currently. If that isn’t feasible, providing shipment details and projections in advance in an analog way is second best. Three - Usage of Time and Space

Every LTL carrier is measuring the usage of time and space in a very detailed way and noting inefficiencies.

How do you minimize the inefficiencies? One simple thing that can be done to reduce the amount of time it takes for shipment to be delivered is to have the freight ready when the driver shows up.

When it comes to reducing space, it’s important for pallets to be as dense as possible and not take up any more space than needed. A simple overhang can cause a single pallet to take up two positions.

Another possible way to reduce a LTL carrier’s cost is though consolidating shipments with them. Geoff noted, “What I see sometimes is that shippers use a TMS and they fragment their business based on best price. The number one way a LTL carrier achieves a better freight rate is the economy of scale at pickup to a shipper, or the economy of scale to at delivery to a consignee.”

LTL carriers and other transportation providers deal with costs that are due daily, such as fuel, or weekly, such as labor. For them to maintain cash flow, it’s important for shippers to pay on time. This is especially important in
the current environment of rising freight rates and interest rates.

Last but not least, Muessig stressed that good communication is always important. “Problems arise in transportation, it’s the nature of transportation – now how are you going to communicate to solve those problems?” The effort put forward on both sides impacts costs and the relationship.

If you’re interested in seeing the full webinar, you can watch it here.