Insights on the Road Ahead in 2022 for Logistics Professionals 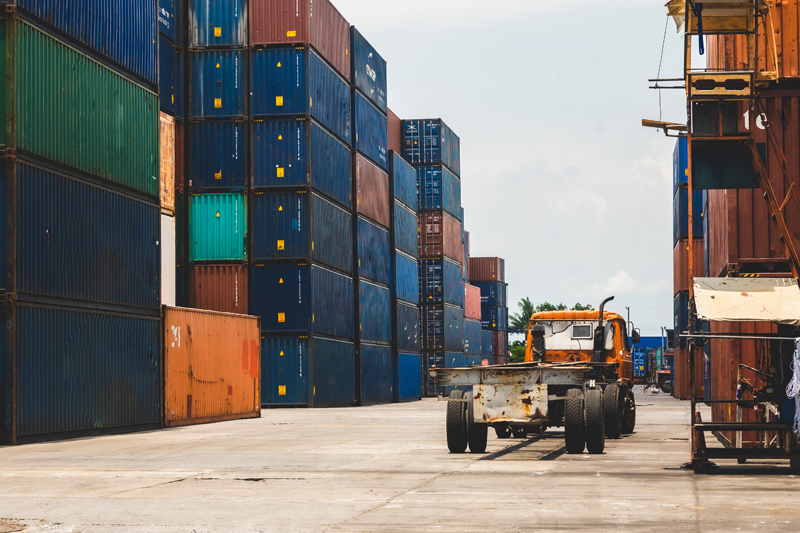 While the logistics industry has never been entirely predictable, the past two years have been perhaps the most difficult when it comes to planning for what’s ahead.

Although we can’t say exactly what will happen, we recently gained some great insights from top executives in the industry during a webinar we hosted in conjunction with CSCMP and NASSTRAC called “A C-Level Look at the Road Ahead for Logistics Professionals.” Here’s a recap of what our panelists shared.

Continued Tightness Throughout 2022 in the Ocean Sector

One of the big stories throughout 2021 was the backlogs at the west coast ports.

Peter Tirshwell, VP of Maritime & Trade at IHS Markit, shared that in ocean sector they’re starting to see “some potential indicators of positive movement towards normality, but nothing that is even approaching a level of certainty where you can say ‘Yeah, things are definitely improving’.” However he cautioned that these could be false signals since there is still a lot of restocking that needs to take place and consumers still seem to be in good shape.

He went on to explain that the ocean container system still isn’t operating at a good pace:

“All the transportation assets involved – the ships, the containers, the chassis – are not circulating anywhere close to their normal pace. Essentially it’s taken a great deal of capacity out of the system, and for shippers has significantly delayed their cargo and also has caused the freight rates to be four to five times what they were a year ago. “

He also explained that with heavy restocking and many shippers moving their holiday season shipping earlier, there will only be a short “respite” of time for the market to potentially correct itself.

Intermodal Market Status: Not for the Faint of Heart – Dave Yeager

When it comes to the intermodal market, the CEO of Hub Group, Dave Yeager, also expects 2022 to have tight capacity again throughout the year. “We’re still in a position where demand way outstrips supply.” He pointed out that the inland empire has a vacancy rate under 1% and that means a lot of freight that’s at the ports will need to be moved further out.

However, on the good side, they’re seeing fewer delays from warehouses and drayage.

He cautioned that the cost increases that carriers have faced are not transitory. Driver wages have gone up by 10-25% this year and those are increases that will continue in future years.

What does this mean for pricing? Yeager shared, “When you look at pricing for next year, it kind of cascades. Those that had negotiated their rates at the beginning of 2021 received the lowest increase. They will receive the highest increase in 2022. Probably over 20%. And then as it cascades down throughout the year you’ll see lesser percentages but I still think it will remain in the double digit range.”

Driver Shortages Continue to be a Problem

The CEO of U.S. Xpress, Eric Fuller, shared that he expects consumer demand to remain strong in 2022 along with a strong demand for inventory restocking, but the real issue is supply – especially drivers. Increased pay has created the need to work fewer hours, which adds to the capacity strain.

They’ve been dealing with driver pay increases in the realm of 25-30% and are challenged to match the highest increased offered in the market.

When asked if he was concerned about the runoff of the driver supply because of the infrastructure plan, he responded that it will and that it also will cause congestion issues:

“All this road and bridge construction is going to create massive congestion. It’s going to be great on the back end but while we’re in the middle of it, it’s going to reduce the ability for most of the trucks to get the utilization they’re getting today.”

And that in turn creates the need for more drivers and more trucks.

The CEO of Yellow, Darren Hawkins shared that the LTL industry is seeing the same strains from higher demand and lower supply.

Ecommerce has increased demand for LTL since its network is well positioned for these types of deliveries and since there are high barriers to entry on LTL that means it’s all falling on the existing capacity.

When it comes to capacity, they’ve been able to get enough trucks but have struggled to get enough trailers and get them into the right position. Additionally, Hawkins shared that according to ATA data, compared to 2019, in 2020 truck drivers were down 7%.

When asked about how the port delays impact them, he commented that they’re involvement starts about 100 feet outside the port gates, and that they’re facing capacity strains:

“We’ve been working 24/7, 365 for the 30 years I’ve been in business and it’s never stopped. We’re already throwing all the capacity we’ve got into this situation and just if you get it into whomever’s network faster, it’s still not an ultimate solution to what’s happening. And until we address the trailer issue and also have enough labor to keep things fluid, we’re not going to be well positioned and many companies would be like mine – the equipment you do get back is in the wrong places and it wasn’t repositioned timely and that creates extra cost, which once again goes into the rate discussion.”

One piece of the puzzle that shippers may not know is that LTL carriers typically have contracts to deal with overflow, but are seeing challenges in that area since the system is taxed.

“Most LTL carriers depend on either the rail or the truckload carriers to move a portion of our line haul for overflow. We’d like to move it all internally and we’ve got all of our drivers working and doing that but then the overflow goes into truckload contracts or rail contracts. We’ve got some really good contracts in that regard, but when you have to do ad hoc transportation purchasing in an LTL network it can be incredibly painful to your bottom line. And what we’ve done is go to those origin and destination pairs that we know we don’t have good capacity to cover and that truckload carriers are going to charge very high rates to move and then reprice that business.”

For shippers this could mean some extra works to find where to source higher priced lanes and if a better option is available. While the networks are always changed, Hawkins shared that the pace of change has increased: “We have to align our network with where the assets are and how they’re positioned to move the freight and that is more dynamic than I’ve ever seen it and that is a constantly changing environment.”

What concerns are at the top of the list for 2022?

When the panel was asked what concerns are keeping them up at night there was a consensus around workforce issues topping the list.

One potential issue cited was vaccine mandates and how they could impact truck drivers and rail workers at a time where there is already a scarcity of capacity.

Fuller voiced concern over the uncertainty about whether structural and fundamental changes that happened to the workforce long term or not, and posed the question, “Are these long term changes that are never going to go back or are they a short term two year or three year [change] and do we get back into the world as it used to be pre-Covid?”

Hawkins mentioned that there is a need to make driver jobs more appealing to women and all backgrounds. He cited that out of 3.36 million drivers, 92% are men, and we need to do a better job of being ambassadors for women and all groups.

When Tirschwell was asked if we should we be concerned about the negotiations with the longshoremen at the ports of LA and Long Beach coming up in July of 2022 he responded that “There is a fair to moderate degree of risk of a significant labor disruption next year.”

Another issues mentioned was relations between China and Taiwan, and how it could exacerbate the chip shortage.

What does a strategic shipper look like to your company?

When the panel was asked what they’re looking for from shippers, in line with concerns about the workforce, treatment of drivers was a top priority.

Hawkins noted the practical things that are needed to provide a better driver experience: “it’s break rooms, it’s bathrooms and it’s respecting their time and them as a human being. Bottom line that’s not occurring out there.” While drivers are talked about as being heroes, they’re not often treating that way. He went on to comment that if you start doing those things you’ll “move up on my list in a hurry.”

Fuller commented that he’s not sure what it will look like, but we need to change the job for truck drivers in order to deal with the driver shortage and that’s something that will take involvement from both carriers and shippers.

For Yeager, there were several items that went into what they would consider a strategic shipper: willingness to shift with the market, efficiently returning their equipment, sharing information, and a willingness to review their operations to see how they can benefit both parties.

When it comes to the ocean market, Tirschwell shared that one consideration for shippers in 2022 will be signing a multi-year contract with a higher rate to get access to capacity.

Where can I watch the webinar?

If you’d like to see the full webinar, you can find it here.