Trade Agreements and Trucking: An Economic Update from the ATA 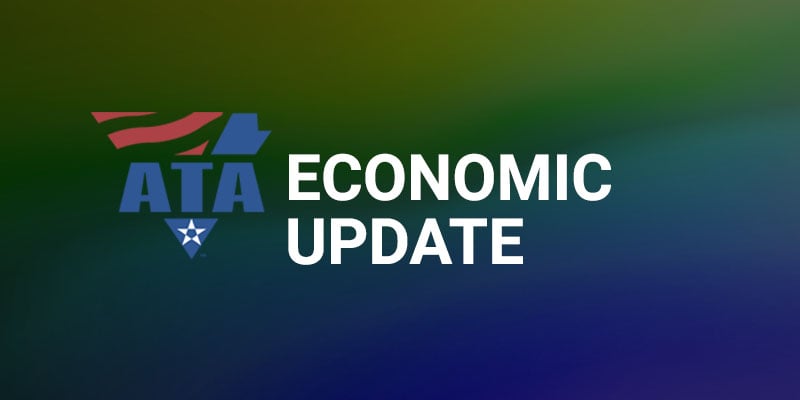 To put the latest logistics news in perspective, it’s good to step back sometimes and look where we’re stand now in respect to economic trends and indicators.

A great presentation covering many of these was recently given by Bob Costello, Chief Economist and Senior Vice President of International Trade Policy and Cross-Border Operations for the American Trucking Associations (if you’re a shipper, you can download it here). In this update, in addition to covering broad economic indicators, he focuses on the recent trade agreements made in the U.S. and their effect on the trucking industry.

After the North American Free Trade Agreement (NAFTA) went into effect on January 1, 1984, the United States, Canada and Mexico all had high hopes for the possibilities it offered allowing for free trade between them.  Despite their attempts, NAFTA did not live up to its expectations: none of the countries’ economies flourished like they had hoped. 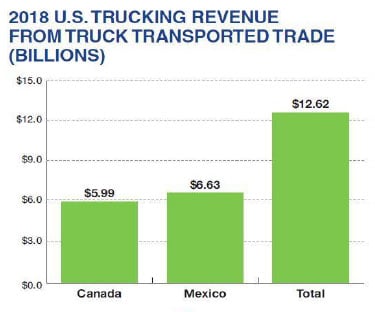 NAFTA continued to stay in effect until President Trump took office in 2016. Trump wanted a renegotiation of terms to help the US flourish and thus created the USMCA (United States-Mexico-Canada Agreement). This has a few key changes in it, one of which is to raise the percentage of a truck that needs to be manufactured in North American to be considered for the 62.5% to 75% USMCA tax exemption.

Trump also recently declared that due to the number of people entering the United States illegally through Mexico, the administration will continue to tax Mexico by imposing a tariff of 10%, starting June 1, 2019, and increasing 5% each consecutive month until October, 2019 when it will reach 25% unless “the illegal migration crisis is alleviated”.

The American Trucking Association (ATA) has been pushing towards getting the USMCA ratified since Canada and Mexico offer a lot of business for the trucking industry; the ATA has helped to found a coalition for USMCA and have begun working with the House’s Ways and Means Committee and the Senate’s Finance Committee to get it ratified.

There have also been trading issues between the United States and China recently. According to Section 301 Tariffs, the US has deemed that “China's acts, policies, and practices related to technology transfer, intellectual property, and innovations are unreasonable and discriminatory”, and therefore, “the Trump Administration has placed a series of tariffs on goods from China.” After placing these taxes upon Chinese exports, they respond in kind by placing a similar tariff upon goods from the US. This has gone back and forth escalating the tariffs from 10% in June 2018 to 25% as of June 2019.

Although the ATA was able to remove these tariffs after petitioning to the United States Trade Representative’s Office (USTR), the ATAs victory was short lived and the tax was placed back on containers. However, the ATA is still pressing forward and “will file comments again with the USTR to try and get containers excluded from the most recent list” and “if not successful, ATA will file a formal exclusion on behalf of the industry.”

Whether these changes impact your company directly or not, they will indirectly impact us all by altering the economic and shipping patterns. Stay tuned.