What is the story behind retail store closings? 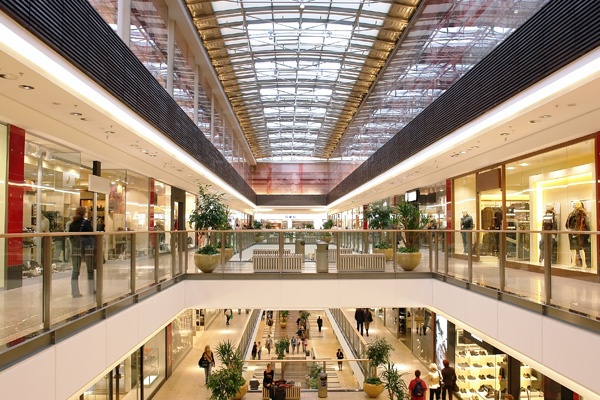 For the past few years, almost every time you turn on the news another retail bankruptcy or round of store closings is announced. As of this summer, there were already 5,300 retail store closings announced, including Sears, Macy’s, JCPenney and Kmart stores. We also saw nine national retail chains file for bankruptcy including Payless ShoeSource, RadioShack and The Limited, who closed all 250 of its stores.

Let’s look at Black Friday of 2017.  All those people standing in line for hours, the rush of the crowd to nab the best sales when the doors of the store finally opened, the inevitable conflicts between shoppers over a limited number of super sale items – well, folks, those days are gone.  Now Black Friday consists of sitting on your sofa, in your pajamas or workout clothes, with a cup of coffee, and purchasing your holiday gifts via your cell phone.

Why all the closings?

We all know that consumers have shifted from buying their stuff in stores to buying their stuff online.  Let’s be honest - How many of you shopped online on Black Friday this year?  In addition to the shift of spending from in store to online, some point to an increase of spending on “experiences” rather than things. It is widely known that millennials in particular would rather spend their disposable income on trips, on new experiences, or on activities with friends rather than purchasing a new television, or buying a new piece of clothing, or even purchasing a new home.   However, it’s important to note that overall, retail spending is not declining! In 2016, U.S. retail sales amounted to $4.7 trillion and grew at a rate of about 4%. Retail as a category is growing, albeit slowly, but traditional retailers are seeing flat or declining sales while online sales continue to grow. And while some older retailers are finding success growing their online sales, Wal-Mart being one of them, most are losing share to Amazon and other companies that specialize in the online arena.

With all this growth in online sales, it might surprise you to learn that in 2016, online sales only accounted for about 9% or $434 billion of the overall retail sales, about a third of which is derived from Amazon.

What is the Amazon effect?

In 2016 Amazon had about $136 billion in revenue, ranking it as the third largest retailer in the United States; the largest being Wal-Mart, with $486 billion in sales in 2016, and followed by CVS.

Since their IPO in 1997, which valued Amazon at $438 million, Amazon has grown to a $460 billion valuation and doesn’t show any signs of slowing down. With half of all U.S. households  now Amazon Prime subscribers, Amazon is now trying to expand into the grocery market, pharmaceutical market and many other areas.

They also made  news this holiday season by offering discounts on their merchandise from third parties to undercut other retailers.

What should retailers and manufacturers consider going forward?

All signs point to continued growth in the online market. I think all of us can agree that online purchasing will continue to grow and consumers will expect their purchases to arrive in quicker and quicker cycle times.  In one article, Forrester predicts that online sales will account for 17% of the retail industry by 2022 (that’s up from 9% in 2016), and it’s hard to say where the growth will stop.

Retailers will be challenged to provide online offerings that match or exceeds Amazon’s selection, speed, and pricing if they don’t want to see  their business shrink.

Since Amazon’s competitive strategy is heavily reliant on their logistics operations, retailers will want to examine their supply chain practices to make sure they’re as efficient as possible.

For some, the best option may be to sell through Amazon and/or Wal-Mart as a third party. Retailers may also want to consider diversifying or looking for appropriate mergers that would increase their selection.

The upside of it all is that amidst all the challenges, there is growth and opportunity.